Your Guide from the Side, Not the Sage on the Stage 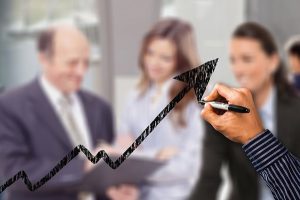 The saying “too many cooks spoil the broth” is true both in the kitchen and in the business environment. And it becomes obvious when teams are formed without a clear understanding of how a team should function. Too often, it devolves into a battle over who is in charge or what ideas should be given the most merit. This leads managers to decide that adopting the team approach is more trouble than it’s worth and a “Do what I tell you to do” strategy is the simplest.

But rather than giving up on the idea, do some pre-planning to understand how to create a successful and productive team.

The Benefit of the “Team Approach”

Let’s start with the why: why try the team approach? Is it really better than the traditional management style? Or is this just another “new shiny object” to focus on until something else rolls down the aisle?

According to Rosalind Cardinal in 5 Steps to Building an Effective Team, “Performance indicators show that effective teams will almost always outperform people working individually, particularly in high-pressure situations or when multiple skillsets are needed.” A team approach takes advantage of the diversity that already exists at your company, bringing in new viewpoints and techniques to address problems and challenges. As Brandon Klein points out in What “Facilitation” Really Means And Why It’s Key To The Future Of Work, “People with different backgrounds and points of view chipping away at the same problem together are more likely to reach creative solutions.” Otherwise, you run the risk of doing the same-old/same-old that can keep you in a problem-solving rut. 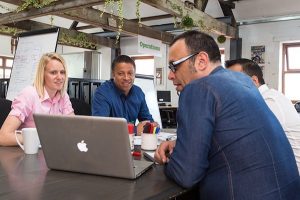 Also, when you get people involved in addressing the issue and developing a solution, you will have a much higher rate of buy-in when the new approach is implemented. It’s hard for people to take ownership when their input is neither requested nor considered. But if they have an opportunity to make suggestions, they feel like their opinions matter and are more likely to participate fully in the final stage of the process.

Beyond the specific matter at hand, teamwork is a useful way of building bridges between departments or even within a single department. If you take the approach that, during the team process, there is no rank to pull or hierarchy to respect, and that everyone has an equal voice, you have an opportunity of building better connections between people.

Finally, a team structure allows people to utilize skills and abilities that they don’t typically use in their current position. This will enable you to get a better understanding of what each person brings to the table and identify those who may be ready for new challenges.

Now that you know why should consider creating a team, how do you go about establishing one that will work?

In 5 Steps to Creating Really Effective Teams, Peter Economy advises not only matching your employees’ skills to the project tasks, but also to “identify personalities you feel complement one another. A successful team project maximizes the talents of its individual members, but the true power of teamwork comes from the group’s cohesion and combined energies focused on a common goal.”

Then, focus on establishing trust and respect among the members, says Arek Skuza in Five Ways To Build An Effective Team. The ideal team can continue to work well together even if the team “captain” isn’t on board, Skuza notes, but to achieve that level, you need to create an atmosphere of open communication and camaraderie.

That need to facilitate communication is also one of the points highlighted in Steps to Building an Effective Team by Berkeley Human Resources. The article points out that “communication is the single most important factor in successful teamwork” and that it depends not on lots of meetings but “by remaining open to suggestions and concerns, by asking questions and offering help, and by doing everything you can to avoid confusion in your own communication.” 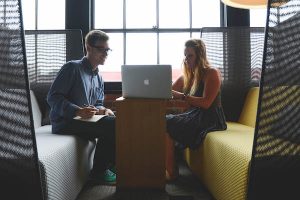 Finally, get periodic feedback on the team process. How well is it working? What needs to change? Does it need to have more people, or less, more departments involved or fewer? Economy stresses the importance of monitoring the progress and recommends providing a forum where issues can be aired and status updates provided. But don’t jump in and solve the problems for the team, since that defeats the purpose of having one. Instead, he says, “try to let the team work through its own challenges. When a team identifies, addresses, and pushes through obstacles on its own, individuals draw closer together, and their success gives rise to confidence and camaraderie.”

If conflict arises—a not uncommon occurrence even among the most productive team members—recognize that this isn’t a sign to scrap the team approach but rather treat it as a challenge that needs to be addressed by, you guessed it: teamwork.

Skuza recommends a brainstorming session to seek out a solution to the problem that led to the conflict. This may, he said, “result in ideas that would never have come to mind in without the conflict. It does not mean that confrontations are good, it just means that they make people think about two points of view of the matter. More points of view means more possibilities.”